I used to think that when the fire department deemed a structure fire to be caused by defective wiring, it was an easy  "shot in the dark" assessment when there weren't any other obvious explanations like a fire bomb or failed alien invasion.  After all, most of the telling evidence would be burned and unrecognizable in the aftermath. Experts have to be able to give answers. I feel sorry for experts. I hope I never have to be an expert.

A few years ago I got a call to troubleshoot a number of non-functional lights and receptacles at a local tax preparation office. Despite the fact that all of the circuit breakers were still "on, "  lights to the restrooms and several outlets didn't work. It was proving to be a problem for both clients and employees, who were provided with a company flashlight to do their other usual occasional business, as the windows were boarded up in the rear of the establishment. The situation was not conducive to relaying confidence to potential clients, I'm certain.

Once on site, it became apparent to me that there had been a minor fire in the back rooms of the facility, a fact confirmed by the office manager. Yet, as the conflagration had been small and quickly controlled, the office had quickly reopened (it was tax season, after all!)

With its cover off, it was obvious that the panel in the office was only a subpanel - a remote. Somewhere in the building was a set of main service equipment. We located it in a spider-web shrouded cellar, for sure not visited recently by any human being. Service equipment is where the electric utility's wiring first enters a building. In this case, it was a lovely 200A disconnect switch from which emerged the smaller 100A cable to the subpanel I checked upstairs. Oddly, there was also a smaller 30A cable exiting the enclosure, landing in a large junction box. 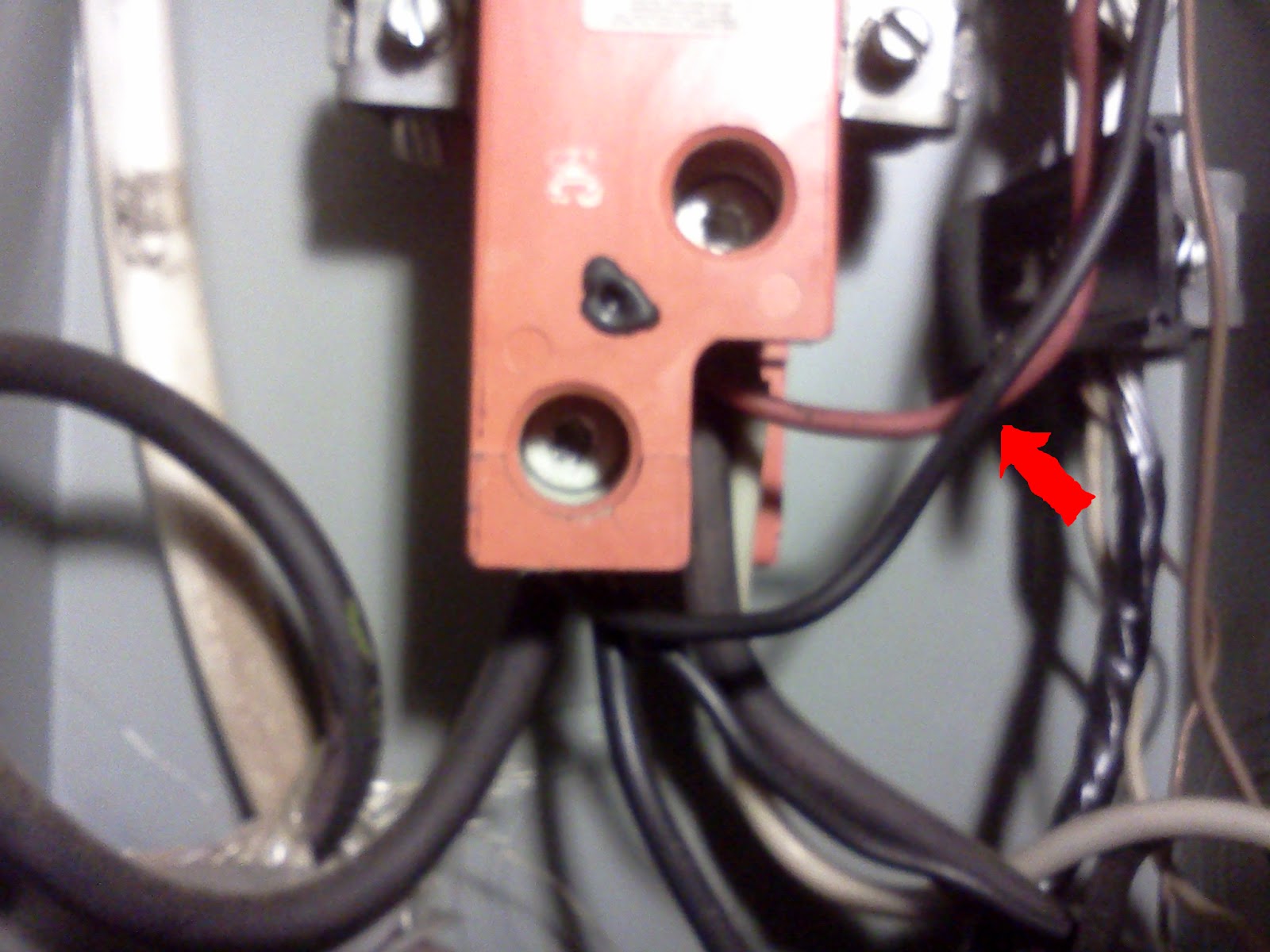 Immediately obvious was that the 100 ampere-rated cable was not properly protected from over-current because it was connected to the 200A main breaker. But, after all, what's 100 amps between friends? What really drew my ire was that a set of thinner wires - the 30 amp rated ones - were inserted into the breaker as well.  These went to the junction box I'd noticed, and inside were connected to several even thinner wires that extended to the rear of the building. That's where the fire originated. My trusty electric meter verified that these cables were still energized. 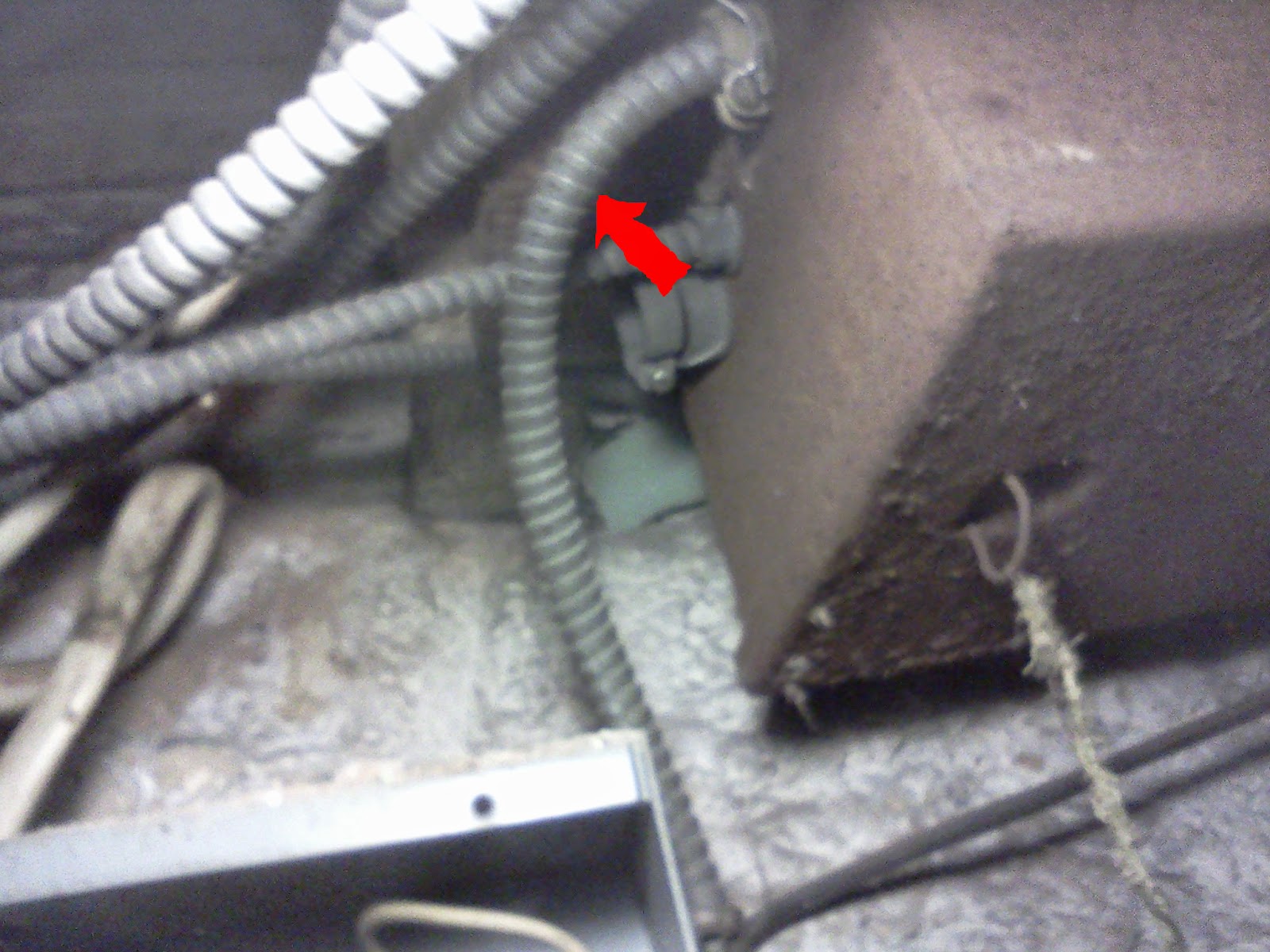 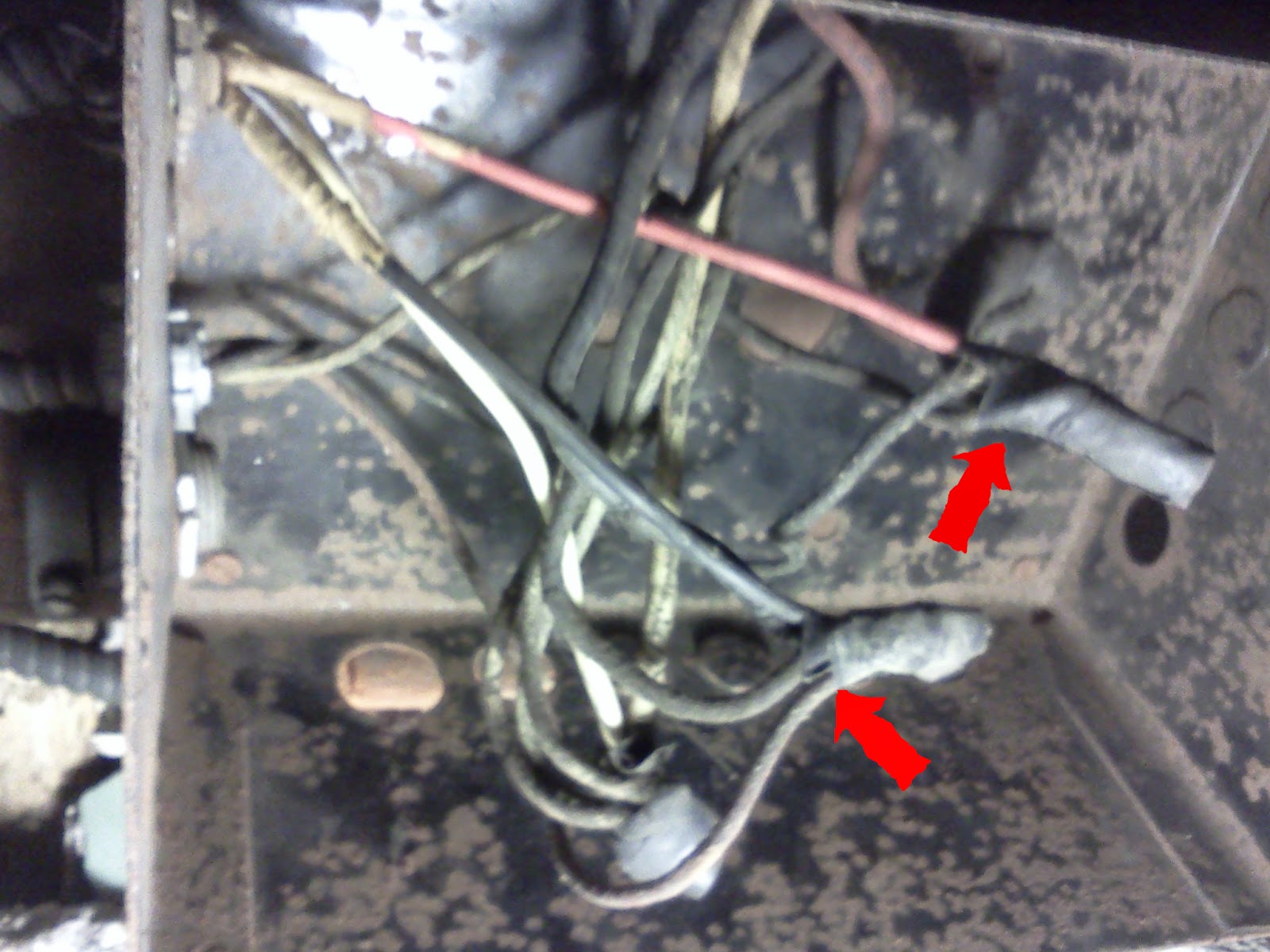 So, the gist of the matter was that a few old  cables rated for a maximum of 15 amps in younger days was being "protected" by the 200 amp circuit breaker. Not to mention the double tapped connection at the main, or that the combination of aluminum and copper wires connected together in a damp basement results in galvanic corrosion.

No doubt, the combination of electric space heaters used to ease the chill of winter due to a non-functioning furnace or unpaid gas bill or an incipient plumbing leak from a chipped lavatory colluded to set off the fire in question. At its origin, the circuit was still "on" because the main breaker was providing power to the rest of the building - the lights were off because a wire had melted somewhere along the way awaiting another drip of water.

I resisted the urge to dash out of the dark pit, run through the crowded waiting room flapping my arms wildly shouting "Fire! Run like the wind!" I took a few pictures, instead. Crazy what cell phone cameras have done to us, isn't it? Technology has finally managed to co-opt the fundamental instinct for self-preservation. Really, who doesn't like pictures?

Oddly, I never noted the existence of an electric meter anywhere on the premises. Perhaps power was derived from solar panels or a gerbil-powered generator outside? Cheaper heating than natural gas, I'd say. While the client had been relayed all of this information with my profound concern for the gravity of the underlying hazards and an offer of a free estimate for corrective repairs (I declined to get involved in any temporary fixes), we never had a return call. I hope they broke the lease with the property owner, who, one must imagine, was devastated by the revelations and, at least, called another electrical contractor to make needed repairs. My evaluation was for free....like the electricity and certain lunches in Congress.

What is my take-away lesson from all of this? First, I never assume anything.  Some electrical work is done by people better suited to selling soft pretzels on a street corner. It makes me shudder to remember a journeyman who "shut down" circuits by shorting the lines together instead of locating the proper breaker. He liked sparks, he said, and was rumored to have thrown a metal bar across a set of 13,000V utility lines from the window in a building he'd been working in. I think he's in real estate now; like six feet of it.

Another realization is that despite people's stated concerns for safety and the sanctity (blah blah blah) of life, most folks weigh it all in dollars and cents, especially when they're really giant corporations without mothers who might disapprove. When my calculation of risk exceeds anothers, I find it's best to just walk away and play with someone else. You know - I'm glad I did that time. Right, Mom?
Posted by Lazorko Electric at 10:31 AM