When is it time to rewire? I've noticed that the oldest wiring method, known as knob and tube, has taken quite a few hard knocks to its reputation. Of course, it doesn't have an equipment ground, and since it's considered to be an air cooled method, it can't be covered with thermal insulation (be careful when insulating the attic). Many insurance companies don't like to cover homes where it is still in use. But by far, the worst wire I've ever seen are the early sheathed cables that replaced it in the 1930's.

The insulating material in this product was Vulcanized rubber covered with cloth fiber, often with an over-wrap of craft paper, all packaged neatly in more paper and cloth, then impregnated with paraffin wax or some sort of bituminous mixture. Can anyone say "light it up"?  Sounds a lot like a candle to me. Some electricians refer to it as "crumble wire" because after the rubber hardens and the cloth dry rots, the insulation falls off leaving the copper wire exposed. I'd say in most cases that happened about three decades ago.

The crumbly stuff burns nicely, too, and unlike modern wire insulation, it "supports combustion." That means that once it lights up, it keeps burning provided it gets enough air. As an apprentice electrician, I remember the horror of balancing on the top of of a ladder to make up a live light fixture connection to this old stuff. The tiny ensuing spark ignited the "insulation." I pondered the relative dangers of blowing on the flame to extinguish it:

"Hmmm... increased air flow might accelerate combustion and make this problem a whole lot worse. On the other hand, blowing on birthday candles usually puts them out ... I could spit on it if my mouth wasn't so dry. I wonder if the boss will let me take a lunch today?"

I blew on it. It went out. The warehouse manager declined to rewire:

"Hey Kid, that's what insurance and fire alarms are for. Now, gettoutta here."

This is a picture of crumble wire, still in service in a bathroom light switch. Inspires confidence, doesn't it? I think the client only wanted to replace the broken switch. I'm sure glad she changed her mind when she saw what was behind the cover plate.  No worries now. It's all rewired with its own heavy-duty circuit, and a GFCI outlet. 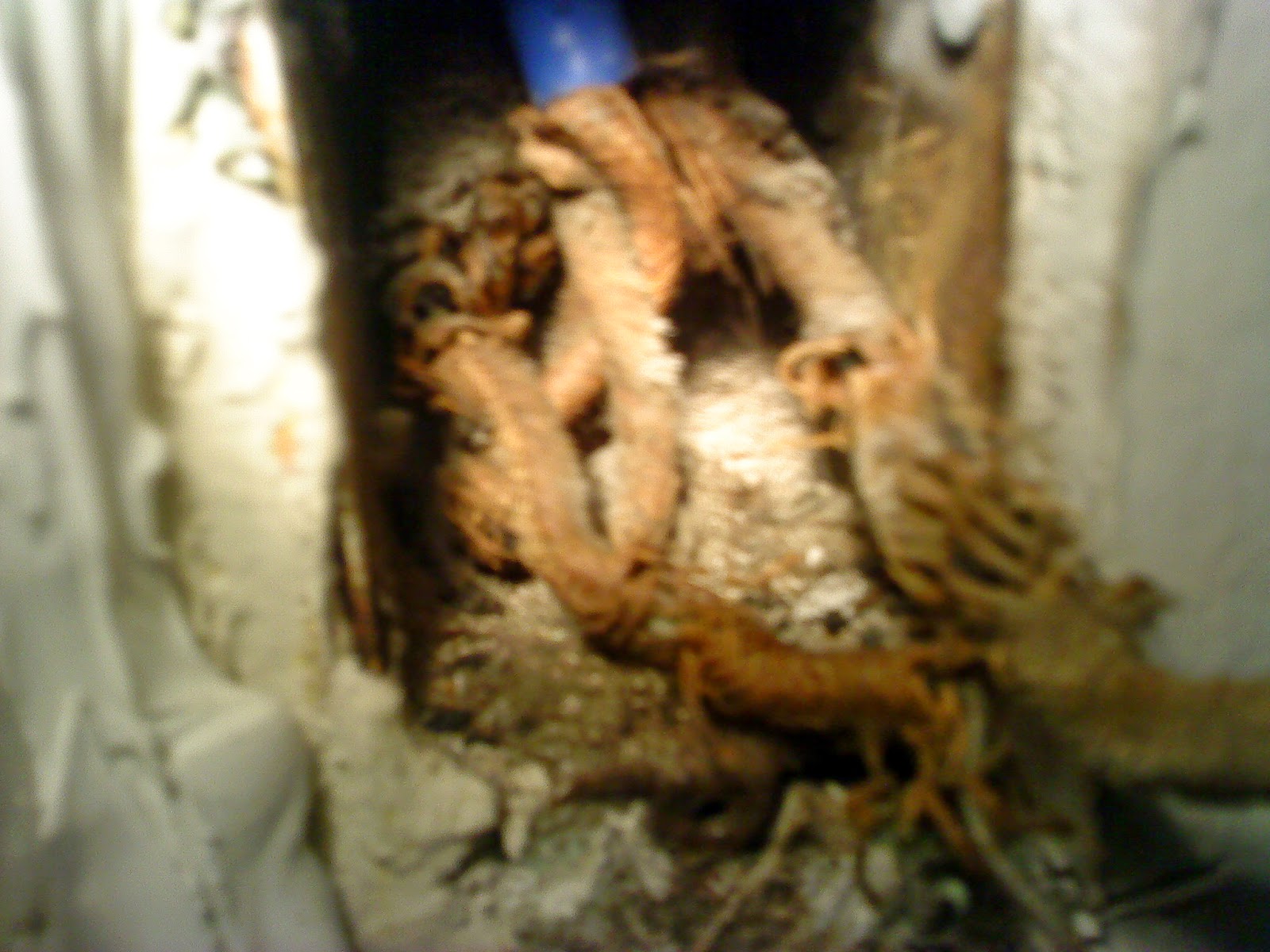 The homeowner really didn't want us to look at any of the other wires in the house.  Ignorance is bliss, and usually better on the budget. She passed on our offer for an estimate to install interconnected household smoke detectors. I still wake in the middle of the night, sweaty after the nightmares I continue to have. PTSD? At least her kids are all grown up and away in college now.  Otherwise, I'd exhibit the poor business skills that have kept me driving a 15 year old van and offer to do it at cost.  Darn conscience.
Posted by Lazorko Electric at 7:10 AM